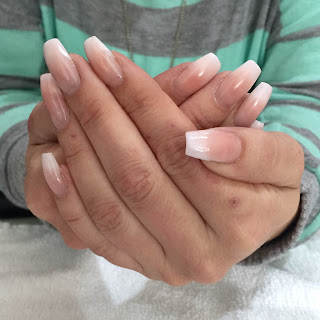 Again I'm am super grateful for having people willing to take time out of their day to let me practice on them. I wish I was faster but I really am learning from the beginning again.
People tend to be more lenient on people who are in training, so I feel pressure to live up to expectations just because I am already qualified. But the truth is I am in the same boat right now as everyone else who has still yet to finish their course.

Why is it called 'baby boomer' anyway?
I googled the question to see if i could find the answer....could i find on straight away? NO
It seems no-one really knows why they are called this. So I used my detective skills and came to my own conclusion!
The baby boomer era is known from approximately 1946-1964, why? because in 1945 when the world war ended there was an influx of babies born about 9 months later.....we can guess why
and the number of babies born each year averaged about 4million until 1964 when the births tapered off.
In this time of the baby boom, the most popular nail colours were bright red, frosted pinks and whites. So for reasons that seem obvious to me this is why the frosted ombre pink and white nail trend was named because of the era the polish colours were most popular.
Little history there for ya.... 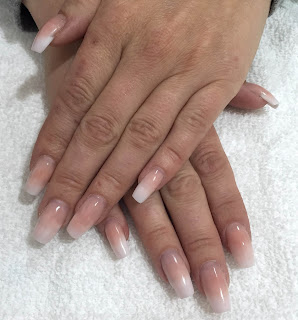 I am slowly getting the hang of sculpting instead of using tips, right now I wish I could just scrunch them up and throw them away, they are so infuriating when you are getting used to how they are ment to fit to the finger....but I was getting some of them 1st try.

And my other major issue is powder to liquid ratio. I know half the time my beads are too wet but they look fine before I place them down.
At least this time I didn't have a light making it impossible to judge the curing time of the acrylic. 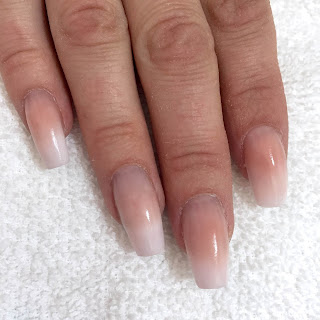 As you can see from the image above the ombre was not executed as perfect as I had hoped.
It was a little patchy, blending acrylic is waaaaaay harder than I remember.
This is a technique I will be probably having to practice on myself many times to get better at it.

And here I was thinking I wouldn't have to practice acrylics on myself....Wishful thinking.

Because I wasn't completely happy with the final result I put her favourite gel polish ontop... 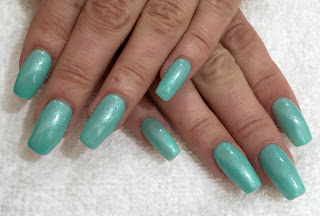 Getting back into this acrylic business is a lot harder than I'd thought, but the only way to get better is to keep practicing, so that's what I am going to do.

Welcome to my blog!


Follow me to keep up to date on what I'll be doing next in my career in the beauty industry!!!